I was a geek, I was a hippie and I guess I was a bit of dropout at school. I went to a regular comprehensive school and I had long unwashed blond hair. I wore a denim jacket. I didn't fit in with  the cools, dweebs, geeks or the rough stuff, I didn't really have any friends.

There were 3 other kids in my school with long hair. One kid had enormous curly bright ginger hair and I don't remember his name, all I know was all his friends were girls, he sat in my English class at the front and he had allergies.

The second kid had Kurt Cobain length blond hair just like mine and used to get mistaken for me all the time, I don't remember or even think I ever knew his name but on a non uniform day I was wearing a Cypress Hill Black Sunday T-shirt and he came up to me and told me I should like Iron Butterfly. My response was I do like Iron Butterfly just their shirts are a little harder to come by in 1993 being at their most popular almost 25 years ago.

The third kid with long hair was Anthony Mather. I didn't speak to him until the third or forth year of comprehensive. It was almost as if we became friends simply because he had long hair and I had long hair. He wore a tasseled swede jacket was 6 foot 6 weighed in excess of 20 stone and for a short time owned a Diamondback BMX. This was enough for us to be friends. We used to watch manga, go to forbidden planet, and eat pies for dinner outside of Greggs.

We weren't the kids to get the girls or be popular or do anything. We were both into Star Trek. The first time I stayed up all night was Mather's Idea. He decided we should watch all the star trek movies in one sitting to celebrate the seventh star trek movie in 1995-Star Trek Generations-being released on rental VHS.

I went to Mather's house, I presume his mother was away on holiday and we started watching the movies around 9 o'clock and hitting a strong coffee with every subsequent film. At the time jolt cola was out and it seemed like a good idea to blast super caffeinated drinks.

It's well known that every odd star trek film is bad every even one good. So movie number one star trek the motion picture is dull and overly drawn out, but I love the idea of man sending out a voyager probe and have it return to seek its makers 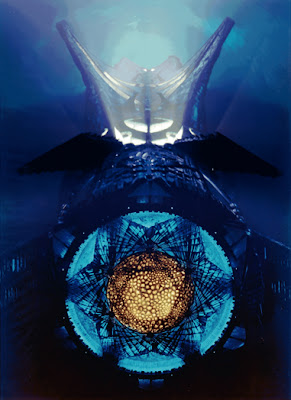 Conversely star trek 2 the wrath of khan is a si-fi action masterpiece all the way down to fake rubber muscled chests on 62 year old khan. I really have a thing for Kirstie Alley as a Vulcan she's so strict and logical and sexy. 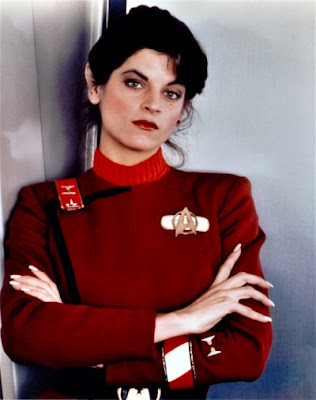 Star Trek 3 isn't really all that bad so it breaks the chain of good/bad alternates. It's such a harsh scene  when kirk's son gets killed but I love Shatners acting just repeating Klingon Bastards over and over again.

Star trek 4 went down pretty good on this particular marathon the coffees were really kicking my heart into gear by this point. I like star trek the voyage home because it's light hearted and comedic but it also has if a little overly obvious a good ecological and environmental message. Plus Scotty invents transparent aluminium and at the time it was fanciful tot but now it actually exists in the form of alon. 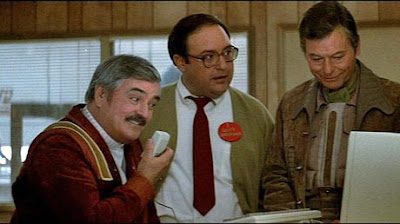 By the time star trek 5 rolled around I was getting kinda sleepy plus I hate it as a movie. 5 is so cheesy not even the levitation boots can redeem it. I looked across and realised that Mather was still totally awake, I must fight on I cannot be defeated.

More coffees, more coffees and six in the morning rolls around and were up to star trek 6 undiscovered country and I fell asleep through this one. As the credits rolled I awoke knowing I was defeated. Mather was asking if I was staying for the final and brand new at the time seventh movie but I had to decline despondent, embarrassed and knackered I took the walk of shame home. 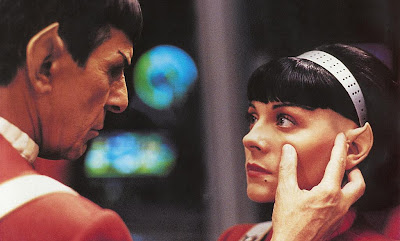 I didn't see much of Mather after this. school ended and it was the best day of my life. Mather and I now  had little reason to hang out. Perhaps my defeat in the star trek marathon was too much for him to bare it's possible he could no longer look me in the eye. He knew my weakness, he saw my flaws, he knew too much. Soon after, Mather got his hair cut short and with it our bond was broken entirely.

Recently I was told that Mather had bought a road bike and had shed half his body weight. I couldn't believe it. No I said, it is not possible. But more and more evidence appeared, Mundo kept me informed on Mather's epic life change around and suddenly finding fitness in his 30s. Then the other day at a bike doctor Allan found this flyer confirming what had gone on. 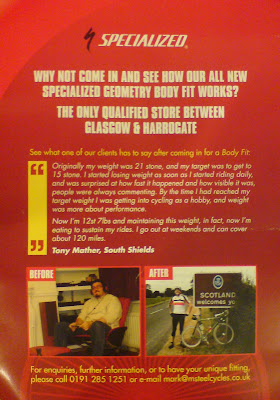 It looks like Steels Cycles are using Mather as a tool for fitness and advertising combined. It is a miraculous turn around, why not jump on it for financial gain in the cycling industry. Mather had a greater endurance for watching star trek movies than I but at least I had him on personal fitness, now I have nothing, I am truly defeated. 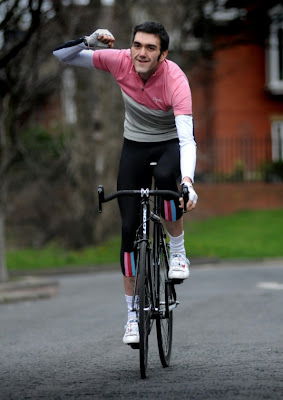 Heres Mather's story as printed in the Shield's Gazette. Good on you man.
Posted by Olly Olsen at 23:12