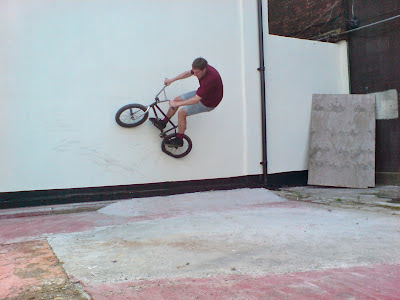 The Thursday night Urban Filler sessions have been awesome fun this year. Ratty has been the impetus behind them being finally back on his BMX for real. Ratty has always been the hype man and he brings an unmatched energy and enthusiasm to a session. Urban Filler thursday is all about going in to town and riding all the non spots, making something of nothing, wall rides off flat ground, grinding harsh brick, hitting chamfers and just having a blast. 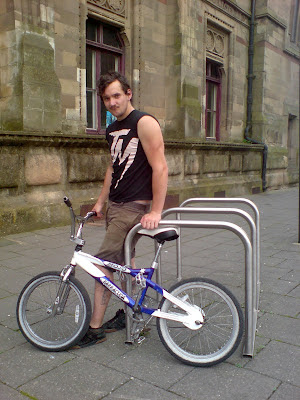 Chris Lee was on his new signature bike from The Make, I can't help thinking that it looks a lot like a Barracuda Mojo. It might just be me or maybe there was a subconscious nod towards the classic Barracuda street set up when he was putting down his ideas in the bed-I mean design-room. 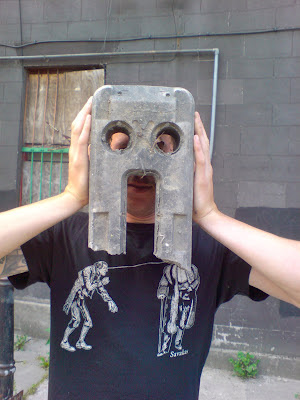 Early on in the session MF Doom showed up and spat some knowledge in his trademark hard dream flow casting Newcastle aside with hard line and at times incomprehensible witticisms and observations.

It was raining on the morning so that left me on my B bike the ultimately awesome Raining blood themed SandM LAF. 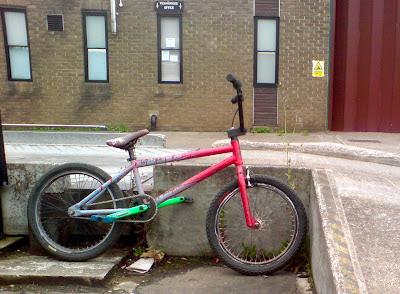 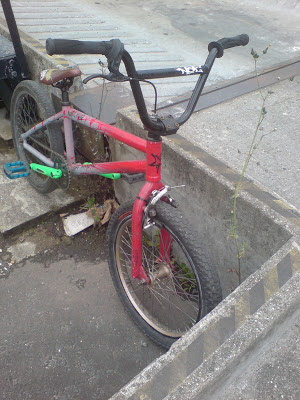 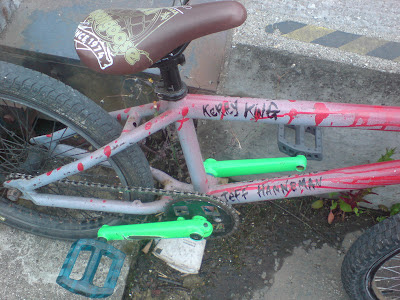 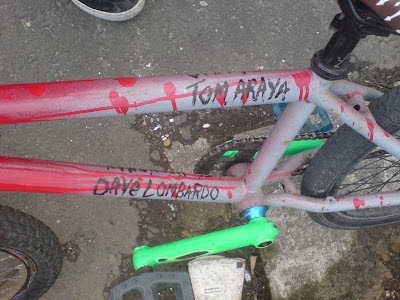 The paint job is meant to be blood rained down on the frame, it also has all the band members of Slayer  when they recorded the classic thrash album Reign In Blood.
This bike fucking rules. Shame about the Mongoose seat and rear wheel like. A great set up for nose picks and wall rides. What else do you need?
It's quite weird riding a freewheel now after 5 years plus on a free coaster, every time I go backwards it feels like I'm awkwardly hashing my way around like an urban fixed gear rider or something, I've forgotten how to flow backwards on a cassette hub.

Thursday is the new Wednesday which was a replacement for Friday but will never have the same vibe as Sunday, Urban Filler no KIller. 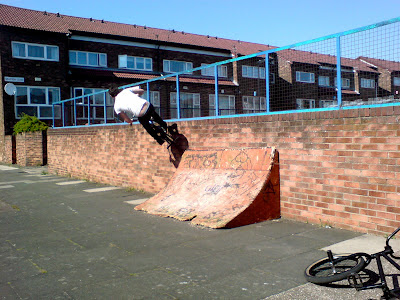 Above Chris Lee wall rides out of a street find weetabix 50 pence quarter pipe, rugged and raw fun on any given Sunday in Newcastle.