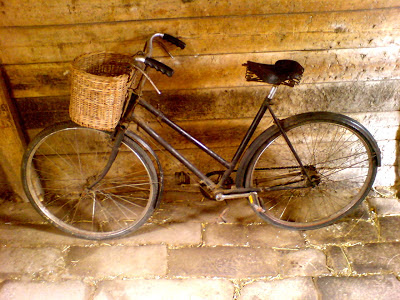 The first bike I spotted in beamish looked like it got used to get around the open air museum, it was vintage and black and it had a basket but it was in pretty bad shape maintenance wise, the back rod brake wasn't set up at all. It was left against the stables up at the farm, I thought it must get used because it did'nt have flatties. 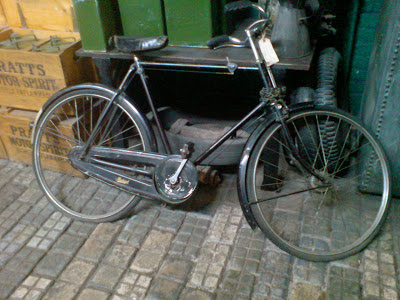 This next bike was in the bike shop/car garage area, it was in pretty good shape but again the rod brakes weren't set up properly. 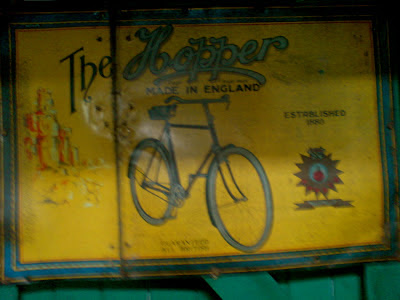 The work shop has loads of awesome tin signs, this one is for the raleigh hopper. 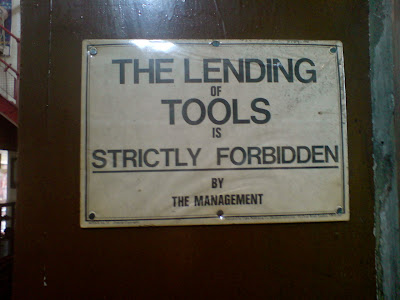 I wish we had this sign on the wall in the entrance of our workshop, I was inclined to prise it off the wall but I suddenly got a grip of myself and realised that that action would be entirely inappropriate. 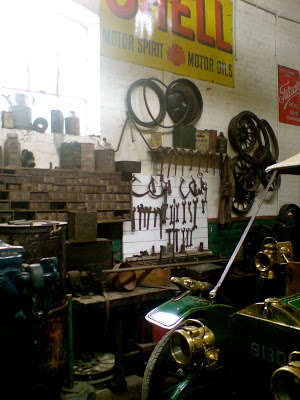 Shot of the tools and draws. 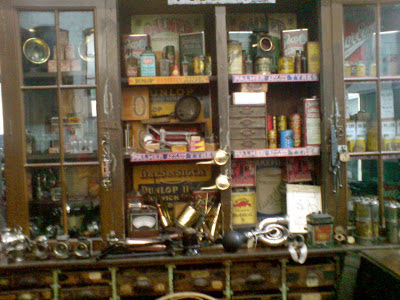 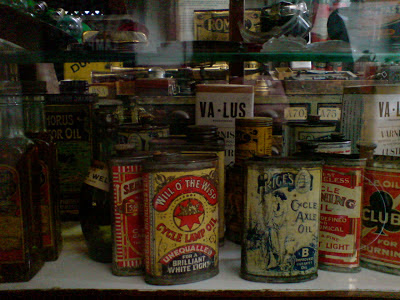 I love the amazing detail on these painted cycle oil cans, total works of art, way better than the art on a can of TF2. 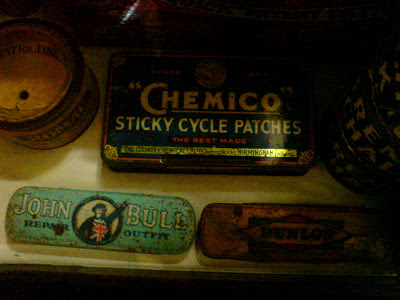 I've got a couple of tin puncture repair kit boxes from the 60s but these are way older and way cooler than mine. 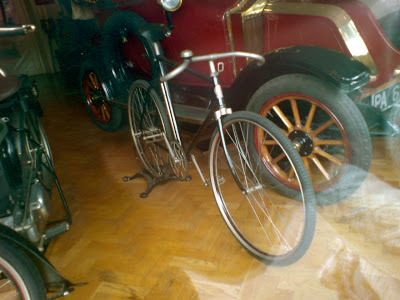 Theres this major morgan ish, track bike in the window but you can't get close enough to get a good look, it looks like it has weird 2 piece cranks with an amazingly small Q-factor. I wish I could have a blast on this one. 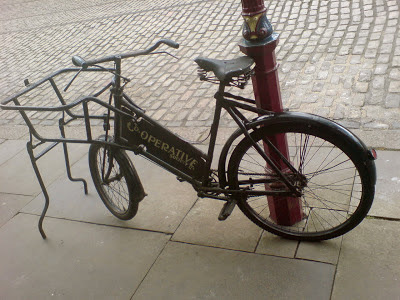 Co-op butchers bike, this is in quite good nick but annoyingly the rod brakes are all flabby and hanging off of this one as well. I tried to pick this up but it felt like it was made of pure wrought iron, it was super heavy. I remember James Cox telling me a funny story about being a postman on a butchers bike with the front of his bicycle loaded with heavy mail. It was early in both the morning and his career as a postman navigating his round cautiously his natural bmx instinct had suddenly kicked in when faced with a misty curb at moderate speed. As he tried to bunny hop the bicycle, the weighted front end went absolutely nowhere and his awkward body position catapulted him over the handle bars. 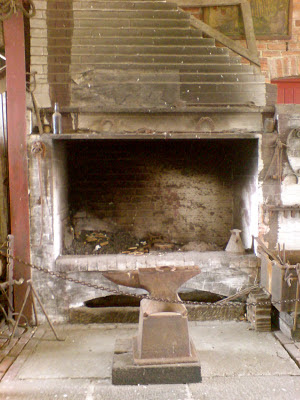 One day I want to own a forge and anvil. Everyone has to have a dream. 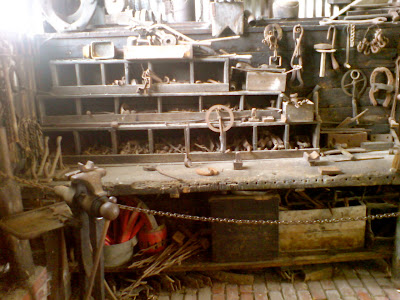 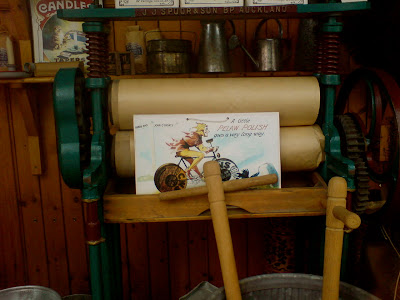 Theres a print of a bicycle in the print shop advertising Pelaw Polish, whatever that is. That was absolutely all the bike stuff I saw, I'm hoping they have an open day so I can ride my 1948 BSA around the cobble streets someday.
Posted by Olly Olsen at 18:59