These are the only two photos I got from Hman's Subrosa G.U.T.I. video showing at the Tyne Bar.  We were supposed to jib around and have a bit of a street ride before hand but the weather had other ideas so we ended up drinking cans and floating around instead. A few cans led to a few ales and before I knew it I was incoherently talking peoples ears off and forgot about taking any photos.

The turn out was pretty strong for a bad weather day and an american video.
I was feeling the night, It all came together, good times. 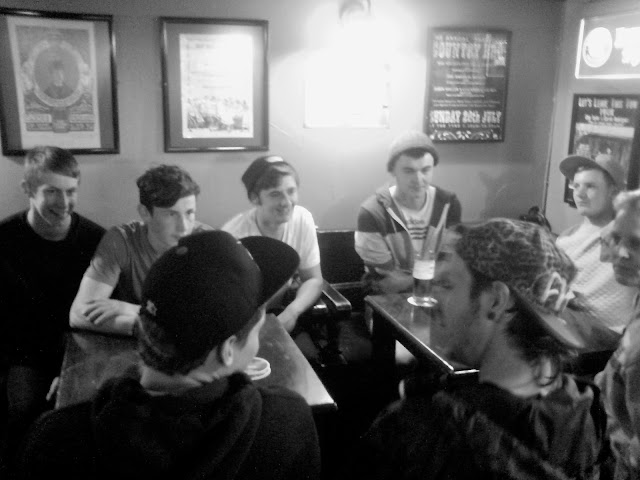 The youth crew look like they're having some mini-gangster clubhouse meeting in this shot. 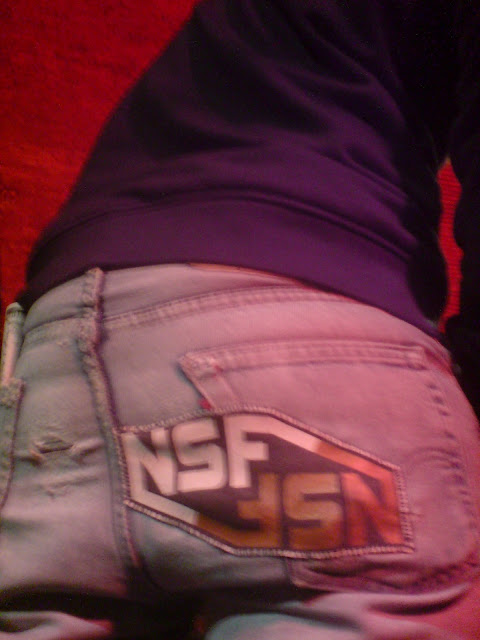 Dchum's arse with mid school NSF patch, I believe this was cut from a hoodie and uses one of the crazy coffin style designs that Chris Souter came up with.

So there you have it, completely inconclusive and bewildering coverage of yet another north east bike event. Showing videos at the tyne is always a good laugh and a good excuse to get shit faced with other bike riders, something that needs to happen to keep the scene strong, I think Hman might have plans for a few more vid showings this year so look at Streetphire daily for updates. You could also check Bicycleandroid but chances are that the posts are so infrequent and sporadic and the information so badly researched that you'd be better off sniffing at dog sick in a back lane while on hands and knees in a puddle trying to fruitlessly rubbing your temples trying to invoke telepathic abilities in the brain which could eventually connect you with future events.
Posted by Olly Olsen at 14:46