Pump Up The VOLUME

BMX bikes got so burly in the early noughties that some of the components produced back then will literally last forever. So much material went into making these bikes it would take a close proximity nuclear blast to fully eradicate them from the face of the Earth. Even then they might survive in part. They are the cockroach of the bike world. Sprockets over a centimetre thick, plain gauge chromoly in super oversized tube diameters, USA BBs and beefed up headset cups, triple wall 48 hole Alex rims on solid spindle 14mm hubs with high flanges and freewheels, Mo-ped chains, Primo rod solid steel seat posts, the bikes of yesteryear were a brutal bludgeon compared to the razor sharp scalpel precise machines we have now.

This is what I believe to be a Volume Dinosaur and it came into the workshop for a freewheel replacement a couple of weeks back. 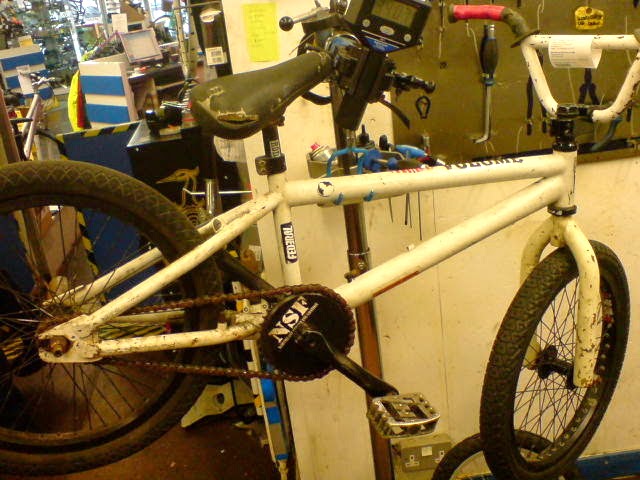 Everything on this thing is totally overbuilt, double clamp seat post clamp, stem the size of a house brick, huge super fork style ahead pretension nut, tiny thick gauge bars, meaty and thick alloy pedals. The primo grips must be over a decade old and have been revitalised with electricians tape. 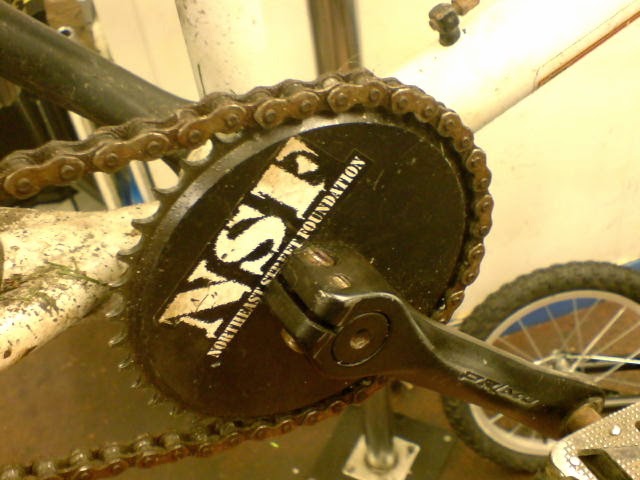 Sporting the NSF sticker on the 39t chainring, this kind of shit makes me proud, No idea who the guy was riding this brute of a bike but he still carries the love for his northeast scene, and pledges undying love for his comrades of the street. 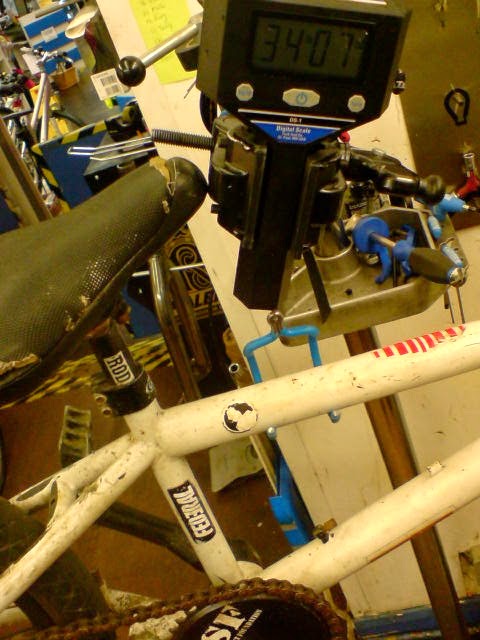 Getting this thing in the scales was no easy task 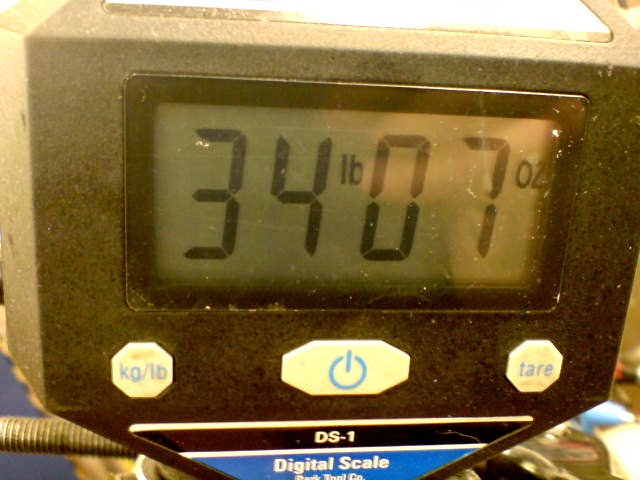 Woah!!!
Some Ebikes weigh less than this!

Props and maximum respect go to the rider of this beast, keeping it real in the most awesome way and worshipping the gods of Chromoly through his suffrage and effort out on the street !!!