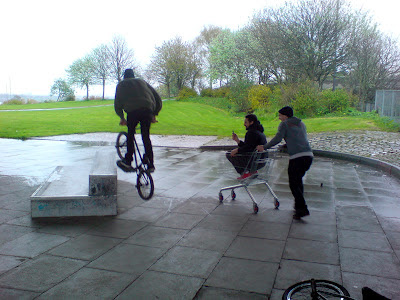 The last few days for filming of Nezza's new and guaranteed to be classic bmx film GREY HAVEN are upon us and everyone is pulling out all the stops both filming and trick wise. Above Newrick goes into some super Butcher/Berringer-esq pedal skate slide with custom and highly secret hardware on his bike, while The Count operates a NASA built glide cam system and Carmine catches the realness on film using state of the art handheld optical device. Shit's gonna be heavy. 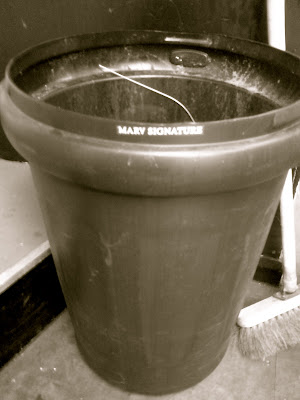 We happen to bag one of Fit Pro rider Marv's new devices from his plastic waste receptacle line. This container is reportedly self cleaning and is manufactured from the same ultra PVC as Purple Animal pegs. 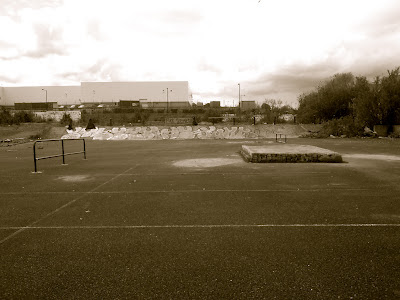 The new wastey or Wasteland 2.0 is fully amazing now and the skaters have started to show an interest so maybe they'll end up smoothing some of the concrete out for us. 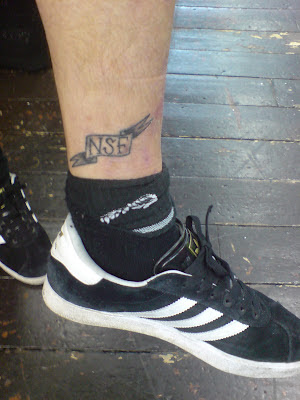 After talking about it for more than a decade Nezza finally got an NSF tattoo, NSF till DEATH. 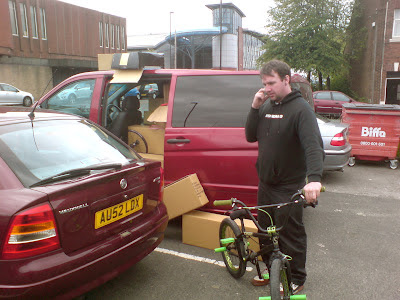 James Hitchcox turned up at the shop the other day and hawked a load of his Zeal Distro wares out of the back of his van in Iceland car park. It made for a little bit of a tense scene with the windows full at the grace pub and numerous scallywags looking on. But luckily nothing got swiped. Back door deals go down like this in BYKER every second, suitcase of meat for £30, 200 Regals for a whippet, Latest sportswear £5 each, 20bag on chucky, broom handled mouser and 2 full clips for £60. 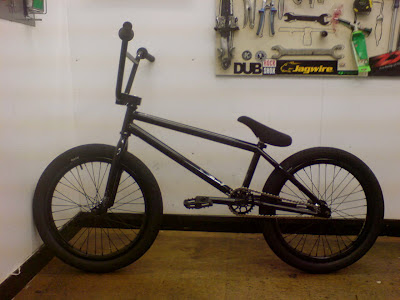 I built a new bike up for Scott Taylor. It's a 2012 We The People ENVY. This things murdered out and pretty much stock. Which is no bad thing because it is awesome straight out of the box. 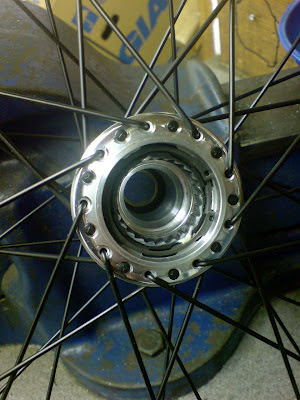 The cassette hub is left and right side switchable. 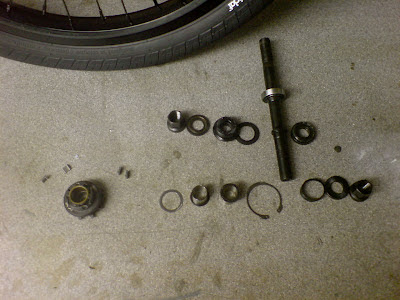 So I switched it to left, which can be a little complicated for the average teenager, best let a bike shop do it for you. 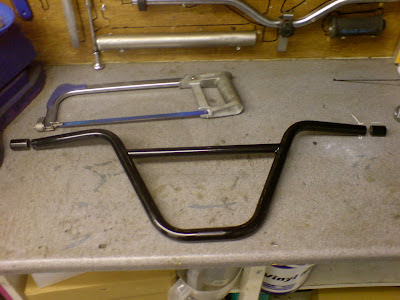 And you got to cut a bit off the bars for Geoff Beb. 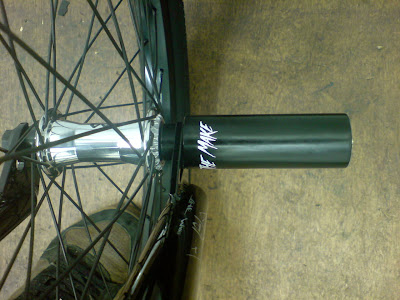