I'm going to quote an SMS I got this afternoon from Chris 'The Count' Lee Verbatim;

"I've just watched Chaffy cake all his stem bolts in mayo to see if it will stop his stem slipping! No Shit."

Pete Greaves (chaffy) is a legitimate mad man, with possibly the stinkiest stem around. Perhaps this kind of behaviour goes someway to explain why his SandM stem snapped off, was it so rotted from food stuffs liberally spread on the bolts and slices of processed cheese squeezed into the clamp. I know back in the day Ratty had a seat post full of pork sausage and when he popped his primo post out it smelt and looked like a fungal dog poo, I saw double cream run out of Mitzas' chainstay after a similar attack, I even heard of a certain rider from Liverpool have his Standard STA BB rot out completely and crack after it had been sabotaged and filled with nasty sundays dinner remnants and forgotten about. What can Pete be thinking, sabotaging himself like this? is it a cry for help? dude I'm here for you if it is. That Stem mayo is going to sour and either rot, seize or stink his bike to bits. If Moliterno reads this (I'm certain he wont) there isn't a chance Pete will get warranty after another stem snapage. 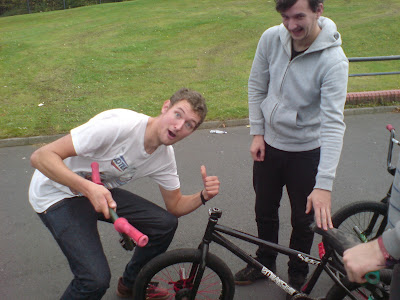 Pete just sent out this retrospective video of some highlights of his riding between 2005 and 2010 the man strangles the streets with a cobra clutch blend of deadly backwards imagination, and super tall kaleidoscopic future grinds. Killer moments involve the rolling deuce, loose shoelace half cab bar, and general manly crank arm dominance, Pete proves he is no stranger to the B, or the hat-met.

I have a few photos from Pete's wedding this summer so while I'm on here they are. 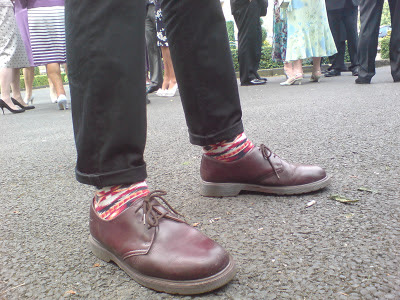 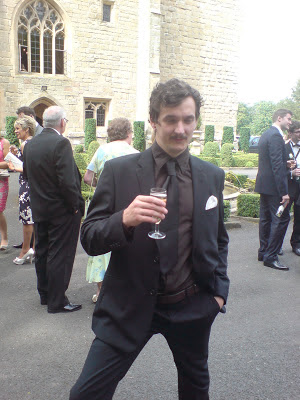 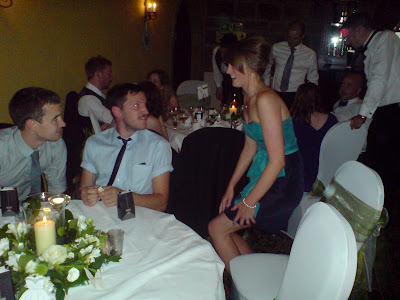 Tom Bright and Nezza talk some chick into lifting up her skirt. 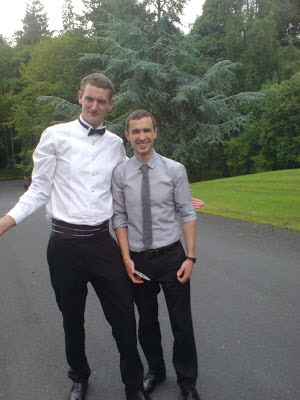 The man himself Pete Greaves, moments after getting married, Tom Bright holds a mix CD for the after party, It's all 2Live Crew and Hank williams Mash ups. 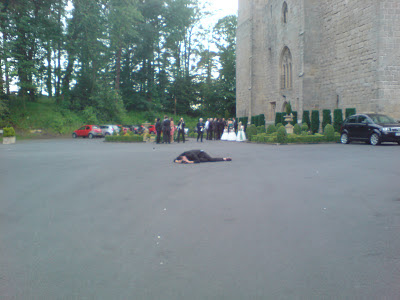 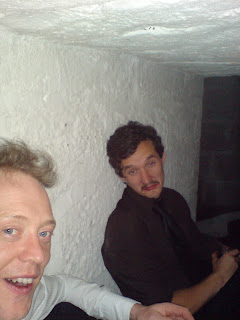 Chris and I snuck about in the catacombs of the castle, broke a 500 year old window by accident and stole a bottle of champagne all while looking this worse for wear.