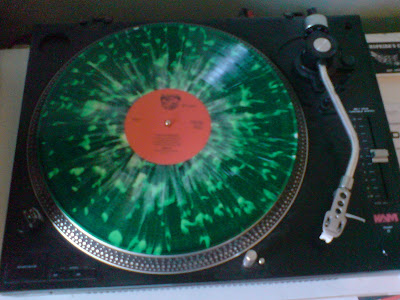 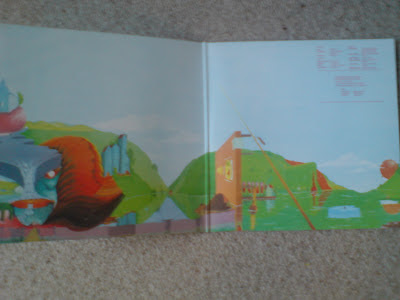 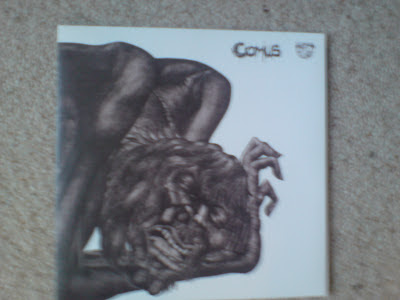 I've heard the 'First Utterance' album by Comus described as the heaviest acoustic album ever made. It certainly is wild, the lyrics deal with mental illness and folk faeries and demons from old English lore. The year I went to Roadburn they were playing but I somehow missed them, this could have been a blessing as I hate seeing bands 40 years after their prime, but from what I've seen on Youtube these guys can still shred. First utterance is a complex and mind bending acoustic journey, one of many highlights to come out of the english folk rock meets psyche era but when presented all acoustically the music has a lot more honesty, and as such it still sounds fresh almost un-dateable.


The wolf's laugh eerie cracks the humid night air
The rabbit freezes the box in his lair
The owl hoots shrilly searching the dark
The moon white fangs through the trees tall and stark
Who would emerge on a night like this
Who would loose his bonds and greet the air with a hiss
The battered Christian bows his head in despair
The crown of sharp thorns revealed 'neath his hair
His scrawny body worn thin by the trial
Stands taut and painful on the pilgrim's last mile
A million fleshy things converge upon the spot
His eyes retort the atmosphere is hot
Aah
The wolf sniffs ivory fanged he bristles up his spine
The fox smiles knowingly but dares not step out of line
Through the twisting crashing silence the broken Christian creeps
Each footstep like a thunderclap amongst the trunky deeps
No bird makes sound no creature moves to break the gripping air
And the Christian he raises his hands up to his mouth for a
Whisper he cannot dare
La-la-la-la-laa...
The Christian wakes trembling with sweat
The cell's dark walls stony and wet
Metallic echoes as the bolts are drawn back
The door swings inward dull light through the crack
The jailer looks indifferent to him
A routine morning martyr's death for him
A misty cold sad morning greets the Christian's haggard grin
The rope is slung and the noose is tied and the Christian's neck is thin
The block is raised he stands erect the rope beneath his chin
They pull the block and the Christian drops he hangs above the sin
Posted by Olly Olsen at 09:40