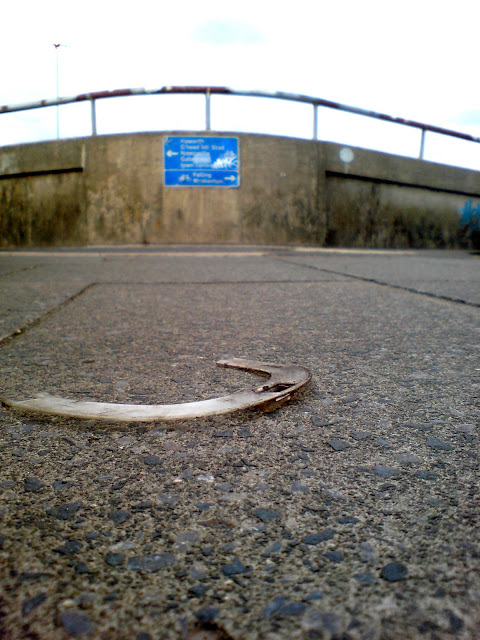 Pie plates are a distraction for me at work, they only serve to rattle, shatter, gather dirt, jam behind the cassette and cause general bike maintenance nightmares.

I can see why Pie-Plates come on supermarket bikes, its a presume because they are going to built by JOE PUBLIC and chances are the limitation screw will not be set properly on the rear mech and its fairly likely that the LOGAN or POWER SHIFT mech at some point will ride into the spokes causing dropout, spoke and mech annihilation. The pie-plate is the only line of defence in this situation.

Why do pie-plates come fitted to higher end bikes available only from reputable bike shops with highly experienced mechanics. I can only think pie-plates fitted to such bicycles are an ass covering device for end of line job lot bike sales sold on the internet by giant local business destroyers such as like chain reaction and wiggle bikes. BOO.

Bike snob NYC launched a campaign against pie plates years ago so I don't want to jump on his band wagon. Pie plates cause me a lot of stress at work and that's my reason for hating them, and I think they are pointless and they don't fit in with my zen, only take what you need mentality, plus they look disgusting.

Pie-plates also bring a lot of relief when I accidentally on purpose snap them in half every time I remove the cassette from a wheel. Our work bin sees between five and 10 stinking oily, encrusted pie-plates a day. Pie plate removal is therapeutic and mentally cleansing for the mechanic.

It's hard to imagine the scenario attached to this pie plate (pictured above) found near five bridges. What could force an urban pie plate removal, its unlikely that anyone would have the tools required to remove cassette or freewheel on the fly. This pie-plate is sort of snapped up, did it split in half as the bike rolled and it quietly cart wheeled off down the street unnoticed by its rider.

Or was there a catastrophic mech failure and this pie plate remnant had to be ripped from the tangled mess of bent Halfords spokes and twisted and badly adjusted SIS derailure by a disgruntled, injured and embarrassed rider. A rider who having recently been sent OTB by a malfunctioning budget bike, set up by a novice mechanic, has been possibly put off cycling for life.

Phrases are bouncing around in my head and they go something like this:

Don't be put off by your first slam.

I do know this, any pie plate removal is a good move, no matter the circumstance.
Posted by Olly Olsen at 21:43