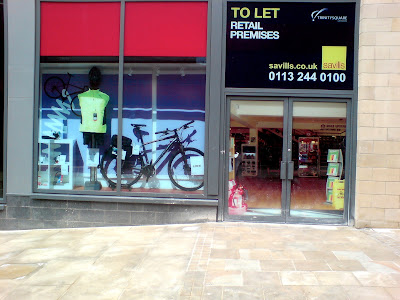 I was looking around the new gateshead town centre, trinity square, the site where get carter car park was. I feel like we have lost so much and gained so little. No new spots to speak of. Loads of empty retail units. No kind of atmosphere. Its a soulless place. Just off the high street this caught my eye. I was taken aback, I had no idea anyone was starting a bike shop in gateshead surely I would have heard about it. I was almost shocked. It wasn't until I almost pushed on the door that I realised that it was a fake shop. it was another empty unit with life sized clever photo real stickers over all the windows. The more I look around the new town centre the more I realise it is just a massive tescos and a load of vinyl representations of useful retail and happy faced restaurant users. 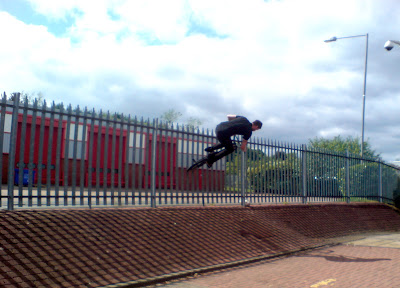 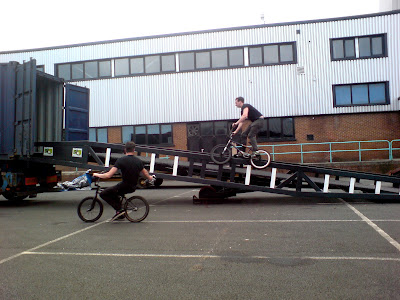 Filming the vandalisation of Optimus Prime's trailer by way of The Count's stunt peggage. 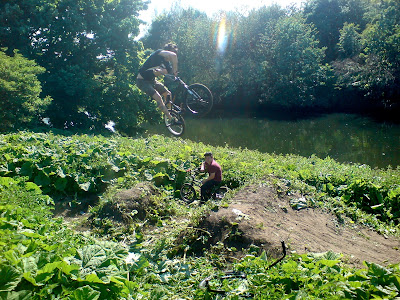 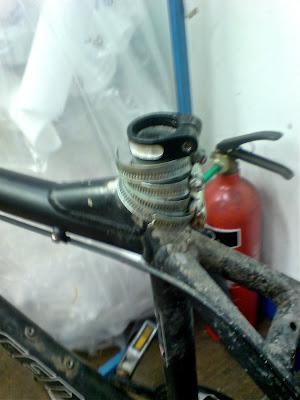 Summer is the most chaotic time at work, the workshop fills to unreasonable capacity, everyone hauls their crappy and unused bikes out of the shed covered in cobwebs and dust and drops them off expecting them to run like show room fresh brand new bikes when they collect them 5 hours later. I spotted this run of jubilee clips on this saracen frame and knew something was a foot. 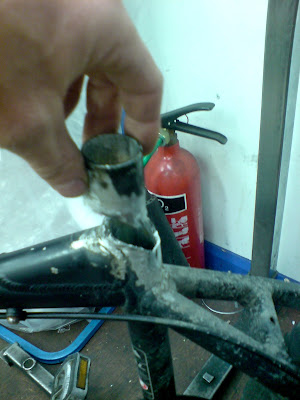 Bit of a dodgy fix that like, maybe its time to retire this one, or if you intend to keep riding it mad max style maybe you don't bring it into a bike shop (where peoples reputations are on the line) and perhaps just repair it yourself 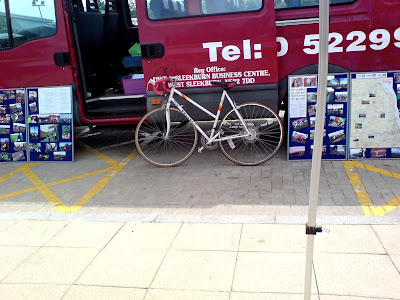 I did a bike doctor recently and it was crazy busy, something like 38 bikes to fix. while I was working there was a rolling road sprint challenge and various other events going on around me. The WATbike guys turned up with a bunch of second hand bikes for sale off the back of a trailer  and they were real cheap and of decent quality. You were allowed to ride the bikes around a little closed off car park to get a feel for them before you bought them. While I was working the girl who organised the bike doctor road this peugeot ladies road bike into a fence and wrote it off, bending the forks way back and cracking the frame. oops. 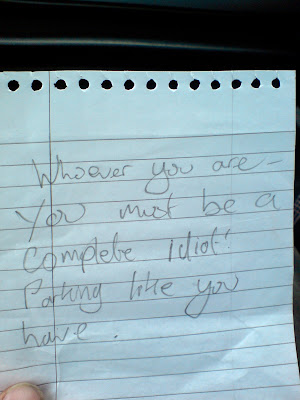 This note was left on Chaffy's wind screen. I don't think the mysterious citizen had ever met Chaffy but they certainly thought they had a handle on him.

How you park speaks volumes about your intelligence, apparently.

(Chaffy would never say that, I made that last bit up). 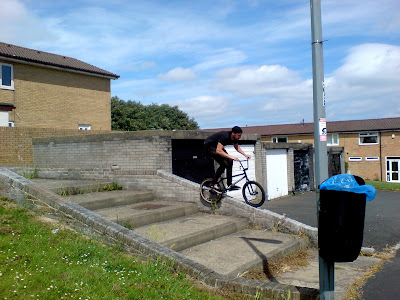 Nezza aggressively feebles down the HBL in PeterLee. 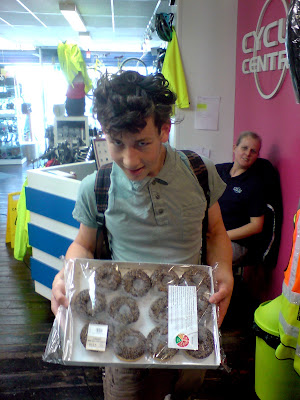 Now thats what I'm talking about, the perfect way to show gratitude for having your wheel fixed. Take note kids, back handers always work wonders if you need to jump the queue and get something fixed in a hurry. 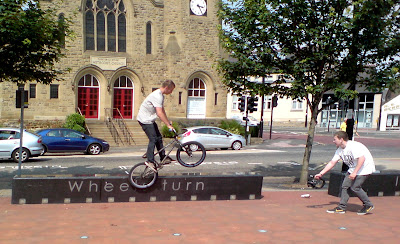 The wheels keep turning, NSFYC hard at work filming in Chester le Street for their next project. Crotch malfunction while trying to catch a cack footed rolling whip.
Posted by Olly Olsen at 10:19