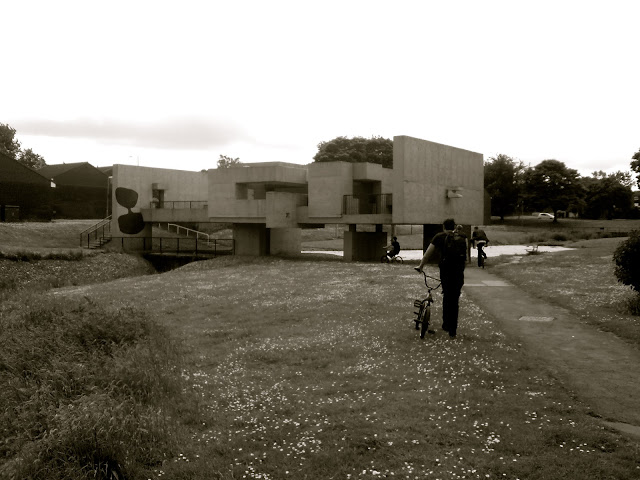 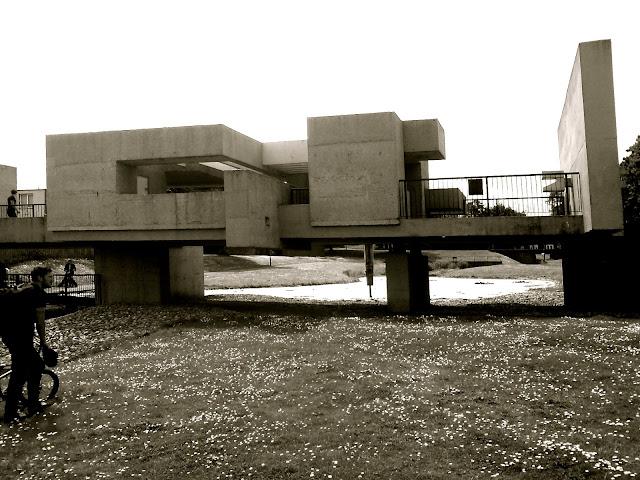 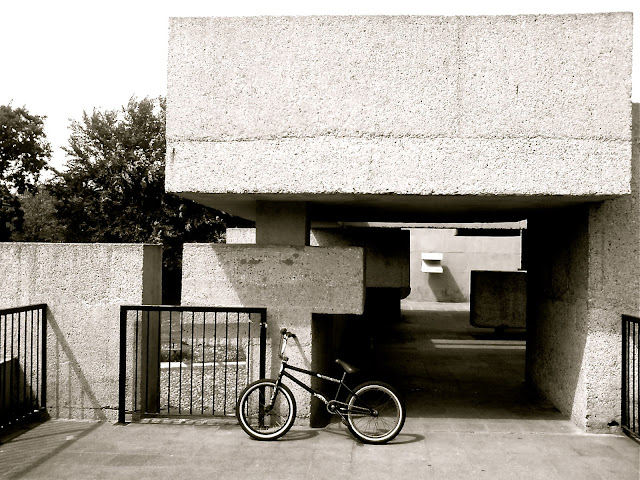 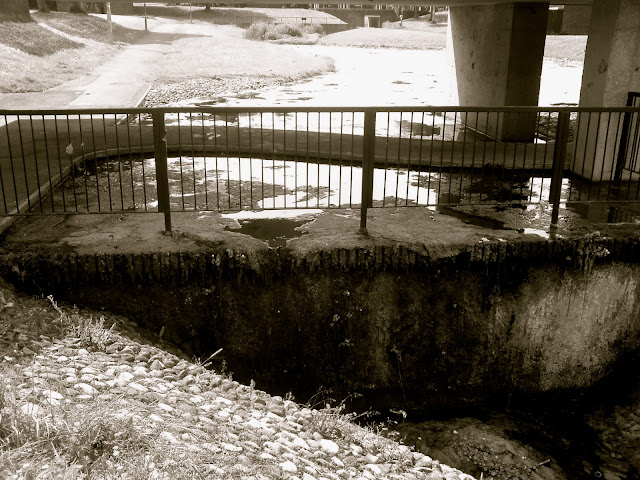 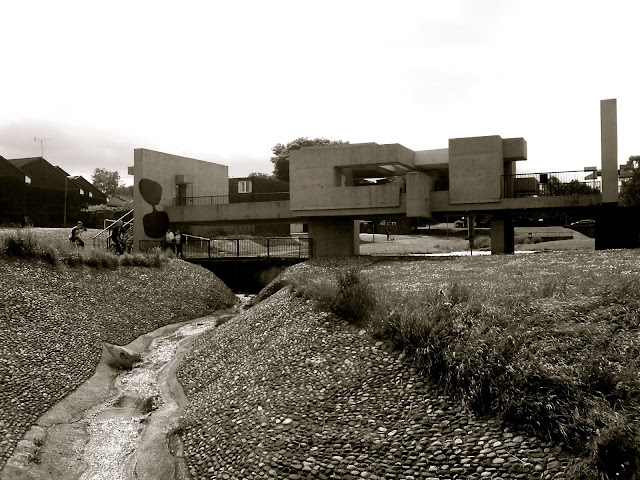 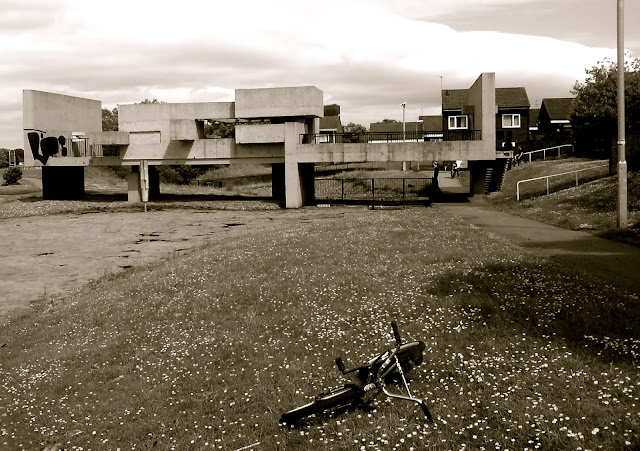 A day of seeing sight in Peterlee, a town of modern housing and handrails, of Gregg's bakeries and ASDA car parks, of mutilated pigeon remains and modified hatchbacks. Is it a nightmare of the old mixed with the glory of the new, or just a town planners idea of a joke?

We ride down grey brick streets of disappointment, a rolling paper backdrop of 1960s new town England jumps and derails inside the machine. Peterlee is a place where the future was about to happen but didn't, when everything was going to be all right but wasn't and where the thrust for future civic betterment broke like a mighty concrete wave and drowned the public in revolting effluent.

Try not to think, it's the only way to escape.

Newrick and I both fell in love with the same girl at the same time. She was beautiful and fun and a little tapped in the head. She seemed like the sort of marriage material you could still take to a hardcore show. She seemed like the best thing ever to happen at a rock bar. She was from Peterlee, I still can't believe that was possible.

Now she's lost in a claustrophobic and suffocating past of solid concrete blocks and foul tasting vodka shots.

Riding a bike in the street takes us to some fucked up and lonely destinations on a Sunday, while looking for the unimaginable we visit an endless list of non starting towns full of nothing.

The roasted and salted inhabitants of these towns pull bad vibes from the ether, they wade chest high into a rancid soup of unemployment, depression and drug use. The new town youth invariably have no place to call their own save the local cash and carry car park, and they have nothing to do, the bottle smashers, the ram raiders, the cross faders, the space invaders, the Darth Vaders.

Towns of boredom.
Towns of the bored.

Towns made to house the millions.
Towns that failed to inspire our children.

Towns built hastily in brick and concrete.
Towns that failed to put england back on its feet.

Towns of sickness and benefits.
Towns of tenements and bedsits.


Towns with no future and no past.
Towns that were not built to last.

Rusting brown orifices in grey roughly textured concrete, bullet holes in a body of aggregate, punctured ribs of re-bar, bleeding lungs of asbestosis, take heed these warnings of destruction and demolition. When all that remains is walls and wall paper, distractions and vice, disconnection and bewilderment, what possible way out can there be.

I see through to this monolith of a life lived in hate, a dejected failure to please has the people in a zombified state, no more love only sex, no more thought only reaction, no more humanity only man.

A lonely child wanders neglected, bleeding and bored, with branded trainers he lifelessly kicks at his own brain in the absence of a serviceable football.

Why did it all come down to this?

Trip helmed by Nezza
Words and photos by me
In your face architecture and by Victor Pasmore
Posted by Olly Olsen at 00:18