The Internet Is DEAD. All Hail The New Flesh!

I wanted technology to meld with the physical, I wanted brain implants that would lead to telekinesis, bodily teleportation and exploding heads at a canadian lecture theatre. The world of Body tech felt so exciting and renegade, so sexy and bizarre, so geeky and terrorist, an underground world of tech crime and film noir. A predicted world in literature and film that would never arrive forever occupying my imagination.

The problem is all this cyber world of online technology and interconnectiveness is finally here and I find it all undeniably boring. There's no Morpheus with a blue and red pill, kung fu battle, die in the matrix-die in real life excitement, there's no indestructible robots from the future trying to kill my Mother in the past.

The internet is full of normal people talking about their dinner, their pets and their kids.

Where are all the Sexy Cyber crime types like Keneda's girlfriend from the resistance, Pris covered in black spray painted eye makeup waiting under a sheet to choke someone out with her thighs and the gun toting Deunan Knute from Appleseed's E.S.W.A.T.

The spirit of Cyberpunk is better suited to the Xeroxed world of Zines and Punk culture, now all the predictions thought of in the Cyberpunk era have arrived, the internet has managed to contain, sanitise and suck the life from them to the point of complete inoffensiveness.

Social networking, touch screen everything, fully immersed mmorpg's, portable super computers, video conferencing, GPS, globalisation, when first imagined it was all so exciting, but the reality is entirely mundane.

I think because I find the internet so boring now, the blog is suffering as a knock on effect.

The more the future arrives the less I like it. 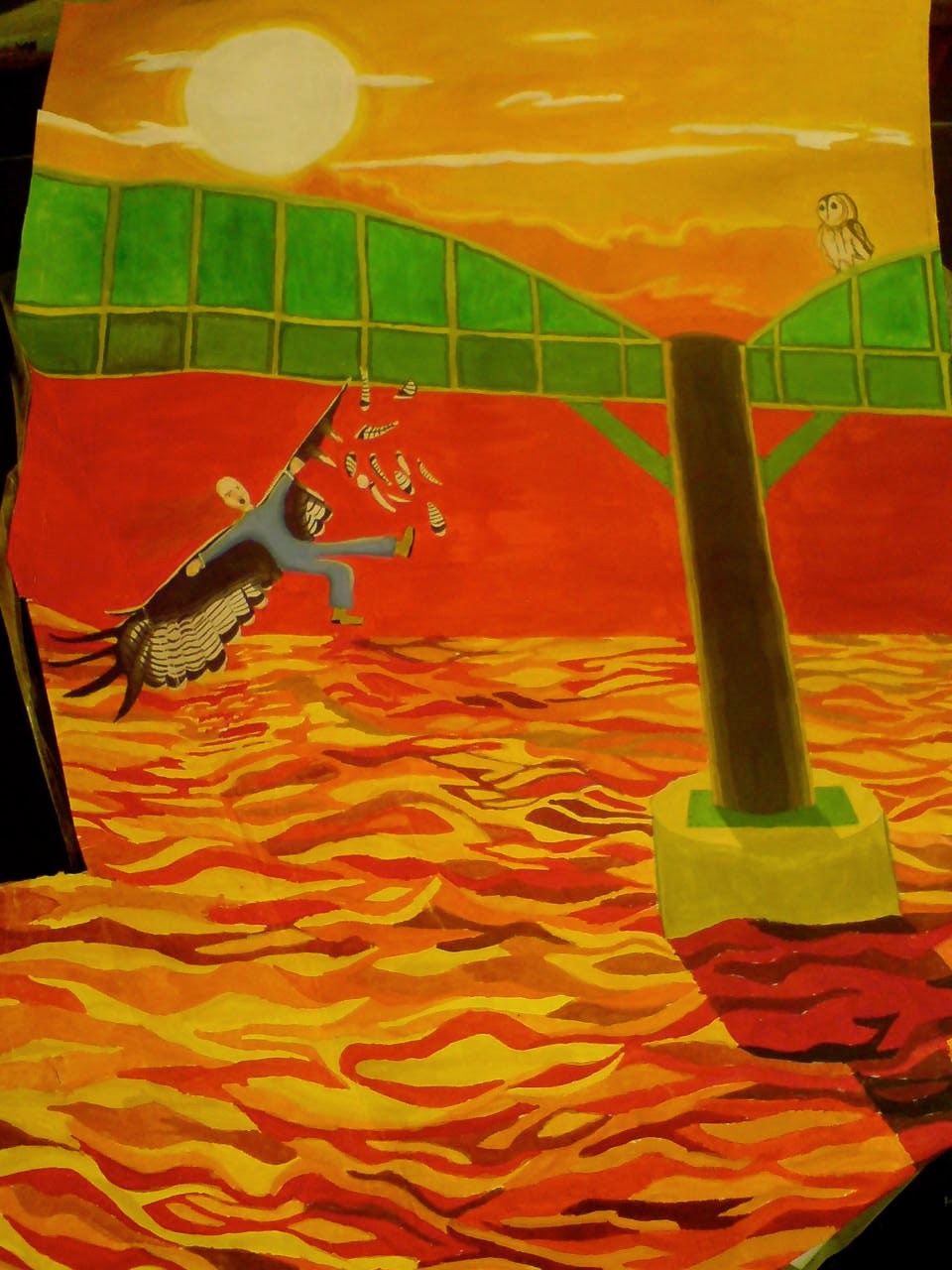 Icarus, fly not so close to the sun, less your waxy wings might melt. I painted this in School when I was 14, maybe I knew technology was doomed to be so boring.

The real and palpable fleshy world of the now is the only excitement I know.