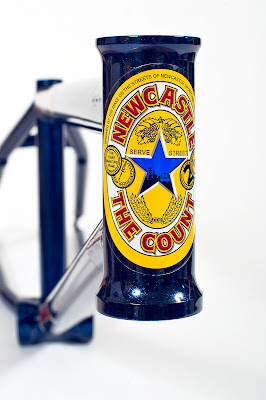 Hair of the Dog spec: 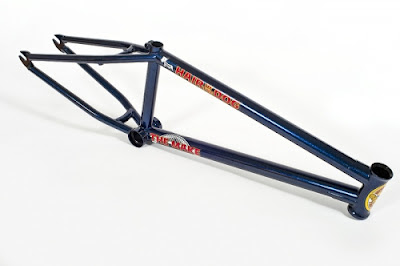 Buff zine 5 influenced frame graphics from The Count, I cant wait to get my hands on one of these bad boys. Is The Count the first North east rider to have a signature frame? Danny Hart doesn't even have one, Newrick hasn't got one, Dave Young never had one. It's weird that it's always the kids you don't expect that come good. Back when The Count had half his head shaved and he was still in school I figured him as some one with potential. But then he turned into a snow boarder and disappeared to France. Living in the middle of nowhere turns you quite bonkers, I should know-Whickhamlifeinthewoods.blogspot.com- and things sort of dropped off for him in the BMX world. Ever since he moved to Newcastle he's been full blown like a raging thunderstorm. Now he has a signature frame from the Make, pow, Is this shit up for pre order at seventies yet? I wonder. I think we're going to put one in a glass case of emotion in the shop, for posterity and local prides sake. Newcastle is on the map, stotties, whippets, coal and now BMX.