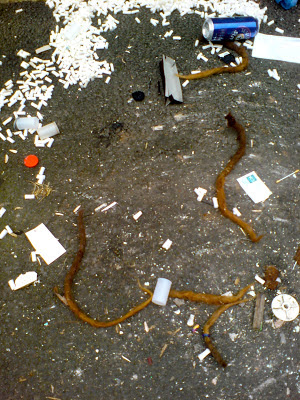 My back lane is like any other tyneside back lane in that it's full of torn bin bags, dog faeces, broken furniture, empty beer cans, smashed Lambrini bottles, used rubber johnnies, burnt out vans and sleeping homeless people. The tarmac surface is smashed and cracked and coming away, the pungent smell of mammalian urine cuts into your nasal receptors, its a mine field of enormous dog turds and spilled and tacky white emulsion and upon the walls is a mixture of racist or football related graffiti. Its not a place I like to spend any time. The main problem with my back lane is that if you don't remember to take your wheelie bin back in to your property the same day the refuse gets collected the council in their infinite wisdom trawl the streets in an open backed white van and take your wheelie bin off you. The council then refuse to bring you one back unless you pay 15 quid.

Needless to say 50 % of the people in our street don't have a wheelie bin myself included. I couldn't face throwing the bin bags in the lane because the state of the place is disgusting and I did not want to contribute to that. Cats tear open loose bin bags and make even more mess, I don't think the bin men even pick up the majority of the bags left out anyway. I took to putting my rubbish into other bins that were in the lane which has been working out pretty well. Its a bit odd sneaking about and using other peoples bins but that is probably down to my own paranoia, would someone really be that pissed off if they caught me stuffing bin bags into their already pretty full wheelie bin?

While doing the bins I got to meet this bin and back lane vigilante who 'just does his bit'. He's a giant of a man with a goatee beard and bright yellow industrial bin gloves. he picks up all the detritus and puts it into the bins before collection, he sorts wood and metals into piles for the scrappy man, he works long and hard nights as a security guard and then he like to express his civic duty might all over the municipal areas of Bensham, he is nothing short of a civic warrior of the early morning. The vigilante told me of the councils scheme to steal wheelie bins and sell them back, he also told me of his disgust for the lack of civic care the other patrons of the lane share. I think we shared a common bond only because I used other peoples bins and so did he.

I havent seen the vigilante in a few weeks, maybe he's been injured in the line of duty and as a result the lane is far worse off. I was completely taken a back when I saw the rubbish next to my back door this week. It contained thousands of cigarette filters and a clump of 5 or 6 horrible old dreadlocks. Now bean tins and tab packets yes I'd expect to see them discarded in a lane in Bensham but low and behold dreadlocks, I was in disbelief. Now I didn't want to pick those mangey hairy shit clumps up, I have dreadlocks and I'm disgusted by my own so the thought of moving that shit turned my stomache. The vigilante would be disappointed I was Nightwing to his Batman and I had failed him.

People know me as "that dreadlock freak" around here and I know I'm going to get the blame for those discarded dreads, I just know it. 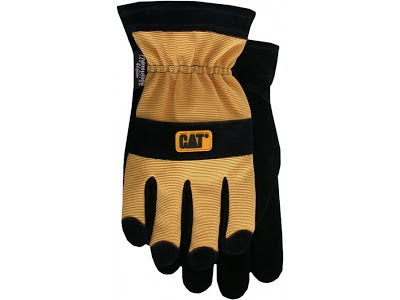