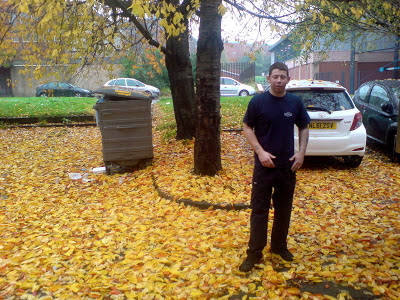 It's autumnal out the back of the shop and the crack ridden and heroin soaked Byker streets have taken a rather more distinguished and beautified look. Aside from the overfilled Dumpster and hideous 60s architecture. 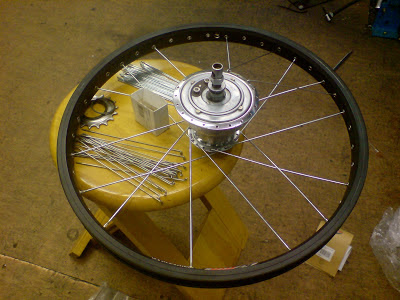 I had a pretty bizarre wheel build request last week, There's a fairly loyal and slightly quirky customer at the cycle centre who rides this fully whacky 20" black cruiser, this thing is highly custom, way low, has extended forks and bright yellow mud guards. The Bike gets ridden as day to day transport as well as on huge charity rides like the coast and castles and soon to be coast to coast. The customers brief was that he wanted a strong as hell 20" three speed wheel to get over some pretty big hills on the cruiser while doing the coast to coast. After a conversation with me at the shop, the customer bought a 3 speed 1950s Sturmey Archer hub (because this was the most reliable and well constructed era) with a huge hub dynamo on the non drive side to power his lights, which would be very in-keeping with his somewhat steam-punkified cruiser. 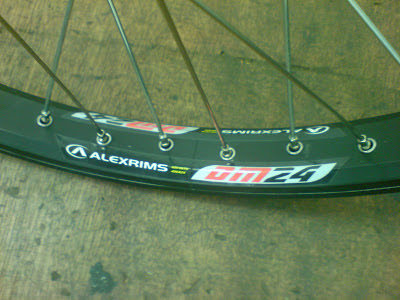 Because the Sturmey Hub was an ex tandem hub it's asymmetrical flanges had been drilled for 40 spokes, after a lengthy discussion we both agreed that the only way to build this wheel strong and in 20" would be with a new old stock Haro BMX rim. Why Haro messed with 40 spoke options on their bikes is still a mystery to me but they come in great for odd projects like this. The customer ebay'd this sweet Haro branded and Alex produced rim. 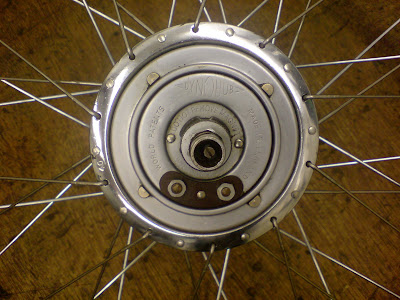 It then came to me to build it. Because of the enourmous nature of the dynamo side of the hub I toyed with building that side radial. Something didn't feel right in my mind though, I wanted this thing to be bomb proof. I then remembered Seeing James Hitchcox ride a St. Martin flatland wheel on street and ramps, the St martin wheel was built with a 1X spoking Pattern, James is a massive lad and his wheel held up great. 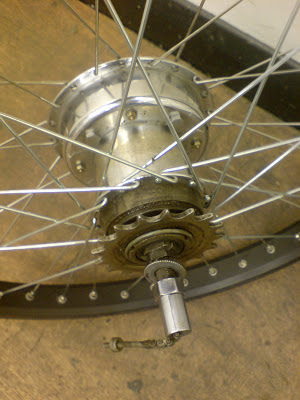 I built the drive side with 186mm, stainless BMX spokes in a 4X pattern, a tried and tested method for strength. 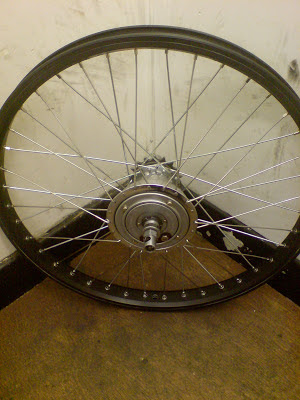 I built the dynamo side with 1X double butted spokes from a 16" Brompton radial front wheel, of which I forget the length. Both spoke lengths fit perfectly and with even tension the wheel was only a couple of millimetres out of dish, I dished the setup over a little and this thing was set to tour the world. 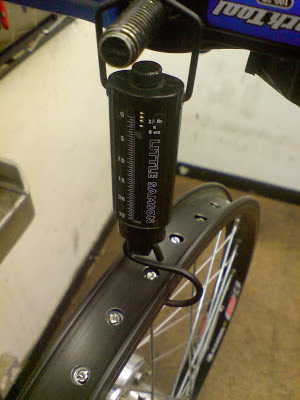 The finished wheel was super tight and true and tipped the scales at 4 and a half pounds, the customer did say 'indestructible', and I think given the bizarre needs of this wheel its as close to indestructible as he's going to get.

Good luck on the coast to coast dude.